On March 12, the city of Erbil was hit by a major rocket attack, with 12 ballistic missiles fired at it. Several buildings were damaged leaving a number of injured people. This time, the Islamic Republic and the Basdran forces have publicly acknowledged that they are behind this bombing, which, according to their officials, targeted the “Israeli Espionage Center” in Erbil. And as they explained that this move comes on Israel killing On the killing of two Iranian military commanders in Syria.

This is not the first time that the city of Erbil, Erbil airport, or others have been bombed, under different pretexts, which is terrifying and worrying and a great panic in the hands of innocent and unarmed civilians. However, what is new is the announcement by the Islamic Republic itself of its position behind this event, when it was previously and along the line it carried out this work through pro-It militias with various names and various forms such as “resistance” and others and refrained from it. This blatant announcement clearly reflects a significant degree of conflict intensification and deepening, and therefore risk. The justifications Iran is talking about have nothing to do with the reality of things. It is to sow ashes in the eyes and misleads. It tracks several goals. It tracks. This step is linked to the world situation and the global imperialist conflict in order to re-divide the world and the quest of each local or international party to gain as much influence and authority as possible in the region.

The Islamic Republic seeks to strengthen and consolidate its influence in the region as a party standing in a Russian-Chinese trench hostile to America and the West, and at the level of the region in the face of Turkish and Gulf influence. On the other hand, the influence of the Islamic Republic in Iraq, Lebanon, and the region has dealt serious and influential blows.

The most important of which is the fierce attack of the masses calling for freedom and equality in October 2019, where it attacked and burned its consulate and confronted it as a key party in the suffering of the people of Iraq, in addition to the painful blow inflicted by the risers on the militia currents loyal to it, and the decline of its great political influence in Iraq after the overthrow of the This attack follows the return of the Islamic Republic, along with its loyal ones, to the initiative and return to the field as a party and force in the political arena in Iraq after the situation and transformations imposed on them serious declines. This step and this endeavor are especially important in light of the struggle over the formation of the next government and the quest to gain part of their defeated position.

At the level of Kurdistan, the country aims to gain a greater position to trim the nails of the Democratic Party and its ally Turkey and tilt the balance of power even a little against the Democratic Party, which deletes anything of its traditional rival, the Patriotic Union of Kurdistan, an ally of Iran. This attack is condemned in whole and in detail. It is an effort to push the region into future bloody conflicts that endanger the lives of millions of civilians in Kurdistan, people who have no interest in all the ongoing conflicts but have paid and continue to pay a heavy price for them. The party also condemns the manipulation policy carried out by Kurdish nationalist parties by seeking to place Kurdistan society in the holocaust of conflict with axes and polarizations. The people of Kurdistan aspire to freedom, for well-being, equality and not to interlocutors. We in the Workers’ Communist Party strongly deplore the no subjectable and humiliating positions of the ruling militia authority in Iraq, which has resulted in all its work towards this aggression by “seeking to form a committee to know the extent of the existence of an Israeli espionage center in Erbil!!” The party stands with all its strengths in the face of all the national vocations and noises of the states and their horns who seek to divert attention through policies of national methods in the interest of the guardians of their blessings in Iran.

No to militarism, no to war! 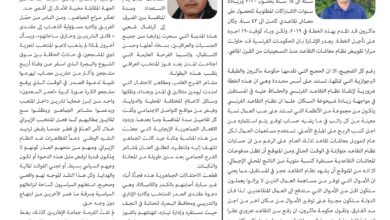