Due to the explosion of ammunition and weapon stacks stored in mosques and husseiniyats (Shia ritual places) in al-Thawra City, a large number of houses were demolished and over 90 innocent people – children, women and elderly- were killed or seriously injured.

The hard-working masses, who earn their living with the utmost difficulty and do their best to procure  moderate dwelling places for their children and families in inhuman conditions, find  themselves shattered and torn apart because of either terrorist attacks or the militias’ recklessness.

Muqtada al-Sadr, has engrossed the media with his attacks on militias – calling them ” insolent”, repeatedly asserting that weapons should be confined to State control  However, it has been revealed  that all his speeches, words and proclamations about the militias – in the wake of the disastrous explosion of al-Thawra City -, were mere political propaganda to hide his own militia’s acts.

Ammunition and weapons storing in mosques and husseiniyats carried out by the militias indicate that the parties of Shia political Islam are readying themselves to enforce their political agenda. They wish to demonstrate that their law of weaponry is above all other laws  and that Iraq has become an utterly failed State unable to protect its citizens.

Al-Abadi’s government is directly responsible for rise of the militias, their weapons and their hostility towards human rights practices. It is not the first time that innocents have had to pay for the recklessness exercised and community abuse perpetrated by these militias.

The Worker-Communist Party of Iraq mourns with the victims’ families and hopes that the wounded experience rapid recovery, so that they can return to their families and resume their normal lives. It also demands appropriate financial compensation from the government to provide decent homes for those people who have lost theirs because of the explosion. The Party strongly condemns all actions and practices of those militias and calls on the masses to protest for their dissolution and expulsion from their neighbourhoods . Finally, we demand that the government brings to court all those responsible for transforming residential areas into military barracks. It is essential that they pay publicly for interfering with citizens lives, thereby jeopardising their security.

Iraqi Government and Parliament admit the farce of Elections and Results, Press release of the Worker-Communist Party of Iraq 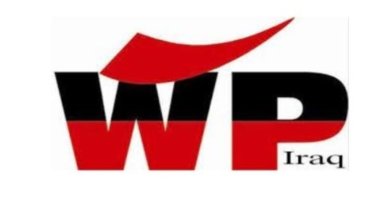